How To Apply Projector Paint

How to paint a projector screen?

What safety points should be considered?

Smart Projector Paint Contrast comes in a two tin system, one base coat and one top coat. Each comes ready to use in a 750ml tin and each tin covers an area of 6m² with two coats. Both tins must be installed in order for your surface to work correctly.

Are there different sizes available?

What is the best colour to paint walls for projection?

Why choose a paint on screen over a material screen?

How does ultra short throw work?

Traditional projectors typically have a throw distance ratio of around 1.5. For every 1 foot of image width, the projector must be moved 1.5’ away. This means to project an image onto a 120 inch screen you would need to move the device to around 15 feet away.

An ultra low throw on the other hand uses an extra wide angle lens and advanced technology to provide an impressive throw ratio less than 0.4. This allows you to have your projector directly under your paint on projector screen.

When changing aspect ratio on standard screens, you will face format issues. Traditional screens have such a sharp edge that any format modification immediately reveals a gap or spatial difference.

With projector paint you don’t have to worry about image leakage, or aspect changes. This means you don’t need to invest in expensive light masking systems.

What type of projectors can be used with Smart Projector Paints?

Smart Projector Paints are suitable for use with most projectors, including interactive projectors.

What is the recommended lighting to use along Smart Projector Paints?

How much light do Smart Projector Paints reflect at an angle of 90 degrees?

What is a 4k projector?

Featuring a 4096 x 2160 resolution, these ultra-high definition projectors have 4x the number of pixels (or reproduce 4K resolutions) of 1080p projectors. Their display is even smoother and more lifelike than the best HD projectors on the market today. Colours are more saturated.

What is an 8k projector?

8K projectors are very new, 8K means a very high pixel density and not very common as yet.
Expect resolution of 7680 X 4320 pixels and will be mostly used for commercial and large-venue applications

What is LRV light reflectivity value?

Light Reflectance Value (LRV) measures the amount of visible and usable light that reflects from (or absorbs into) a painted surface. LRV measures the percentage of light a paint color reflects.

LRV is measured on a scale that ranges from zero (absolute black, absorbing all light and heat) to 100 percent (pure white, reflecting all light)

Generally, the disclosed screens direct light from a projector toward viewers within a diffusion locus, while maintaining optimum gain characteristics as well as improved light control for enhanced brightness, uniformity, and contrast for 3D systems.

What is Ultra Short, Short, and Long Throw?

The projector position and the size of the image will depend upon your room configuration. Therefore, you will need to consider the throw distance and the projector features that will give you placement flexibility.

A few common throw distances are:

Long Throw: Providing very large images, this type of throw is usually from projectors that are installed in the centre of the ceiling in a large room.

Short Throw: Providing large images while reducing shadows and eye glare, this type of throw is usually seen from projectors either installed on the wall or the ceiling closer to the wall — anywhere that is close to where the image will be projected. Short-throw projection generally refers to a distance between 3 to 8 feet away from projector to screen.

Ultra-Short Throw: Virtually eliminates shadows and eye glare, this type of throw is seen from projectors installed on the wall, the ceiling nearer to a wall, or a table projecting downwards. Ultra-short throw projection refers to a distance between 0 to 1m away from projector to screen.

How To Use Projector Paint

Once applied to your wall, our Projector Paints are ready for use as a projection surface. Simply set up your projector as needed and aim towards the painted wall. Smart Projector Paints can be used with most projectors, including interactive projectors.

Smart Projector Paints are suitable for use on plaster, wall boards, wood, metal, and concrete, for indoor use only.

What is the best projector paint to use for your wall?

Can Smart Projector Paints be used to create a whiteboard surface?

Smart Projector Paints cannot be used as a whiteboard surface. If you’re looking to get a surface with both whiteboard and projector functionalities, check out Smart Whiteboard Wallpaper – Low Sheen.

What is the gain value of Smarter Surfaces projection paints?

What is gain value?

Gain is a measurement of the reflectivity of any screen or projection surface. The gain number represents a ratio of the light that is reflected from the screen as compared to the light reflected from standard white.

Choose a higher gain value projection surface for brighter rooms with narrow viewing angle – for example conference rooms and classrooms. Avoid the issues of hotspotting and colour shifts by not exceeding a 1.3 gain value.

What is contrast ratio?

Contrast ratio (CR) of a painted surface is defined as the reflectance of the material backed by a perfectly absorbing surface usually black, divided by its apparent reflectance when backed by a white surface.

The contrast ratio is also explained as a property of a display system, defined as the ratio of the luminance of the brightest shade (white) to that of the darkest shade (black) that the system is capable of producing. A high contrast ratio is preferred.

What is ambient light?

Ambient light Also known as available light, it’s any light that has not been added to a space Such as natural light such as Sunlight or Moonlight. It may also be background light for example in a large building it may be the light generated by the building lighting system and this light could be entering a smaller space

What surfaces can Smart Projector Paints be applied to?

What is a level 5 wall finish? (USA Standard)

Drywall is ranked on a scale of 1 to 5 in its finishing levels – or the level of preparedness for paint and other decorative coatings.

This standard is referred to as GA-214-10. Which outlines six levels of finish that specify the processes used to finish drywall.

A level five finish refers to drywall that has been taped, first and second coated, and sanded lightly to remove tool marks before applying a thin skim coat to the entire surface including the seams and field. The skim coat is sanded lightly and checked with a halogen light to look for any imperfections.

What is a Quality Level 4 wall finish in Europe?

This refers to Gypsum board or a drywall surface with a skim coat. This surface is smooth and free from defects.

Should I use white or grey projection screens?

The lighting conditions of the room your screen will be in majorly impacts whether white paint or grey paint is more suitable.

​​Can projector screens be used outdoors?

Yes, however screens can become damaged over time from various weather conditions and UV rays so investing in a specialised outdoor screen or outdoor screen paint means you can prolong your screen’s life

Do I need to prime the surface before applying Smart Projector Paints?

We recommend applying Smart Projector Paints onto a previously primed or painted surface. If applying onto an uncoated surface, use a white water based primer, such as Smart White Primer, to prepare the surface with two coats.
Powered by HTML5 Responsive FAQ
Our Trusted Customers 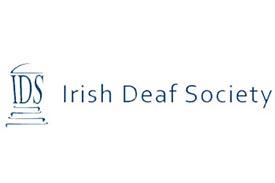 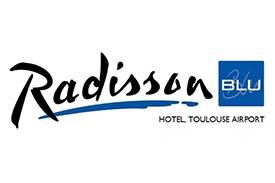 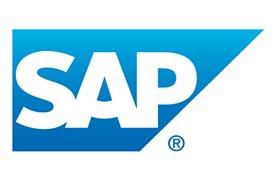 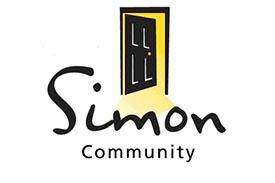 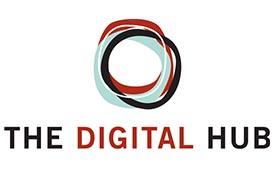